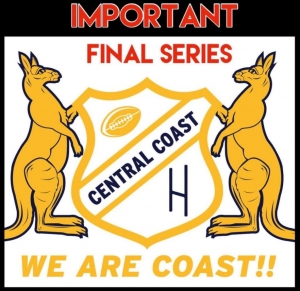 The CCDJRL will be holding the Semi Finals, Finals & Grand Finals at the Central Coast Regional Sporting & Recreational Complex, Morry Breen Complex & Central Coast Stadium. International Semi Finals will be on the Saturday (26th September) & Mods & Girls on the Sunday (27th September) in week one. All Finals will be played on the following Saturday (3rd October) with the Grand Finals Saturday 10th October & Sunday 11th October. The draw structure will be released soon.

Due to the current situation with COVID-19 pandemic the division has needed to be strict on numbers at the venue to keep in line with the maximum numbers allowed. For the first two weeks each team participating will receive one ticket for each player to give to a Parent/Carer & 5 tickets for the Coaching/support staff. No other person/s will be allowed entry. Teams and Spectators will be required to warm up, play and leave. There will be areas set up and gaps between games to help with this. Grand Finals will be reviewed dependant on the next update when received from NSW Health & NSWRL. The situation is subject to change.

Want to join the discussion?
Feel free to contribute!